Translation is always an interpretation: an act of creation that also

Translation is always an interpretation: an act of creation that also

The Guardian view on translation: an interpretative and creative act

, paradoxically, demands a fierce loyalty to the original text. We must cherish our translators for these shy acts of creation, these loyal betrayals. (To translate is to betray, the saying goes, itself a translation of the Italian traduttore traditore.) 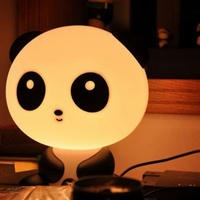 Translators are our guides into other times and territories. They encourage us to leave our own literary shores and to consider other ways of living, other ways of thinking. They can usher into our midst other means of expression, other forms. The literature of one place, of one language, may be reshaped by confrontations with texts from elsewhere. The Aeneid, the most Roman of Roman poems, could not have existed without the Greek Iliad and Odyssey. The sonnet was a southern European form brought to England through Thomas Wyatt’s translations of Petrarch.

In English, there have been at least 60 prominent translations of Homer’s Odyssey, all of them by men. Now comes the first published version by a woman: Emily Wilson, professor of classics at the University of Pennsylvania. (This in itself is a curious anomaly: Anne Dacier’s French version was published in 1708. In Italian, until recently the best-read translator of Homer’s epics, familiar to generations of schoolchildren, was Rosa Calzecchi Onesti, who died in 2011.)

Translations inevitably bring with them the perspectives and biases of their creators, and Wilson proffers a version that scrapes away the barnacle layers of centuries of masculine readings of the poem. Here is one example. In book four of the poem Telemachus, Odysseus’s son, goes off in search of news of his long-absent father. He reaches Sparta, where he meets Helen, restored to her marital home after the Trojan war. Remembering the start of the conflict, she says: “The Achaeans came to Troy on account of dog-eyed me, contemplating ferocious war.” But what is the force of this curious word kunopis, “dog-eyed”? A standard lexicon translates it as “lost to all decency, shameless”. George Chapman, tackling the passage in the 17th century, referred to “impudency”. At the turn of the 20th century, Samuel Butler offered “my most shameless self”. (He had earlier argued that the true author of the Odyssey was a woman, on account of the poem’s sympathetic female characters and its inability to describe boats accurately.) In the 1990s, Robert Fagles chose to use the phrase “shameless whore that I am”. And Wilson? She takes the line like this: “They made my face the cause that hounded them.”